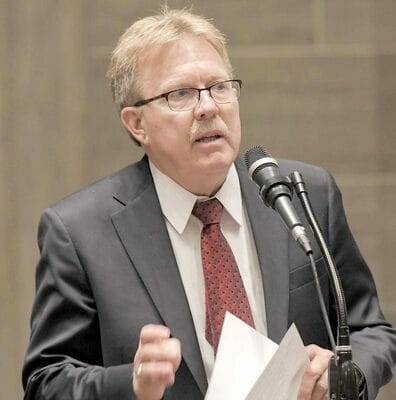 I am Mike McGirl, and I want to take a moment to respond to some of the aspersions and lies that have been published since the discovery of the theft of Washington County money.

I served as the Collector of Revenue of Washington County for 24 years, winning 6 straight elections, before I stepped down to serve at the State level as Representative.

From March of 1991 until I ended my tenure in February 2015, I worked hard to bring innovation and productivity to an office that had not seen those concepts applied before. I came into the office that operated with hand-written books and records, and tax bills printed on a dot-matrix printer. My predecessor did his best, but I was able to draw on my education and experience in business to improve operations, from generating tax bills by laser printer to taking payments in more efficiently, and maintaining strict controls for reporting and reconciliation of County monies.

I applied for and was awarded a large grant to safeguard County tax records and make them accessible electronically. This opened the door to being able to pioneer the program to upload the County personal property taxes to the State license bureaus. This is now state-wide standard practice, and I was instrumental in developing and implementing the program, putting Washington County on the leading edge of digital tax lookups. This is the reason why you don’t have to have a paper receipt to prove you’ve paid your vehicle taxes now when you go buy or renew license.

Another area I was able to overhaul was the annual property tax sale for delinquent back taxes. When I took office, the County had no Trustee to oversee its holdings. State law does allow for this, but the County Collector has to take on those duties when there’s not a trustee. I was able to find a viable candidate to fill that role and the County Commission at the time appointed her. When a property is offered for sale to collect back taxes owed, and no one buys it, eventually something has to be done with that parcel. When I took office and started holding land sales on the Courthouse steps, any properties that didn’t sell after being offered 3 times could now be transferred to County ownership under the stewardship of the Trustee, and the County was able to start selling these properties and collect its money due. Most of these properties are lake lots and have low annual taxes.

At the time I took office, there were thousands of such lake lots stagnating on the books and I requested that the County Commission discount the lower-value lots in an effort to make them affordable for purchase. The Commission saw the merit of my plan and approved it, and the County was able to clear a large unpaid balance from its tax rolls as those sold.

We followed the State regulations in implementing every step of the plan, to ensure that even though discounts were in place, the proper proceeds were allocated to every office, be it the Trustee, the Recorder of Deeds, or the County Treasurer. When a property is turned over, the Collector’s Office has to prepare a deed for that parcel and transfer ownership of it from the delinquent taxpayer to the buyer – which is the County Trustee when a lot doesn’t sell after 3 offerings. A Collector’s Deed is also prepared for any parcel sold to a buyer who wins the bidding at the land sale. This is standard duties for Collector’s office staff and these are the only deeds my staff and I ever prepared.

In my 24 years of service, the State Auditor visited on schedule every 4 years and checked our records and procedures. Every single one was clean. These audit records are available for review on the State Auditor’s website back to 1999.

It has been stated by the current Collector and her attorney that she is simply following the procedures that I set in place during my tenure. This is patently false, as attested to by the fact that not one single audit of my books in 24 years ever reported missing funds. All tax receipts and fees collected were properly turned over to the County. My record speaks for itself, and if the guidelines I established had indeed been followed, this forensic audit would not have discovered over 100 thousand dollars missing for the County’s funds.
Sincerely,
/s/Mike McGirl 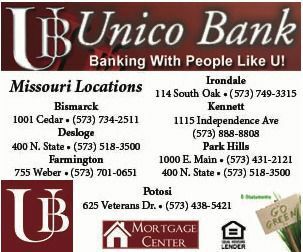