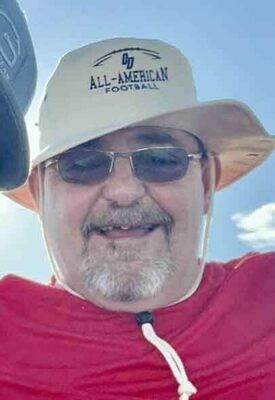 Rickey Lee Barron of Mineral Point was born on September 4, 1960, in Bonne Terre, a son of Harry Virgil and Helen Marie (Wilson) Barron. Rickey passed away on Sunday, July 24, 2022, having reached the age of sixty-one years, ten months, and twenty days.

In addition to his grandparents, Rick was preceded in passing by his wife, Vickey Lynn Barron.

Visitation for Rickey was Wednesday, July 27th from 5 to 8 p.m. at DeClue Funeral Home. Visitation continued Thursday, July 28th from 9 to 11 a.m.

DeClue Funeral Home was honored to have served the family of Mr. Rickey Barron.