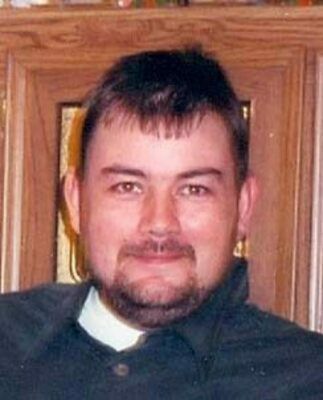 Warren Dale Gibson, Jr. of Potosi was born October 29, 1968 in St. Louis, a son to Mima Mae (Britton) Brickey and the late Warren Dale Gibson, Sr. Warren departed his life Wednesday, July 6, 2022 having reached the age of 53 years, 8 months and 7 days.
Warren is survived by his sons, Blake Gibson and wife Emily of Potosi, Gabe Gibson and Carley of Cadet; mother, Mima Brickey of Viburnum; brother, Terry Gibson and wife Nickie of Potosi; sister, Leatha Pierce and husband Darrell of Viburnum, Brenda Gibson of Viburnum; step brother, Bud Brickey of Potosi; step-sister, Mandy Nash of Farmington; 5 grandchildren, Zoey, Bella, Mille, Gatlin, Marlee Gibson and a host of nieces, nephews, other relatives, and dear, and special friends.
In addition to his father, Warren was preceded in death by his step-sister, Donna Sue Brickey; step-father, Walter Brickey; grandmothers, Anna Bell Gibson, Ona Britton; grandfathers Eugene Gibson and Scott Britton.
Warren had a deep love for his family and enjoyed every moment he spent with them. He loved spending time outdoors and going on hunting and fishing trips with his sons. He taught them everything he knew. He would help anyone no matter the task. He was a loving father, grandfather, uncle, brother and friend. He will be deeply missed by those who had the privilege of knowing him.
Visitation for Warren was held Saturday, July 9th from 4 to 8 P.M. at Moore Funeral Home in Potosi. Visitation resumed Sunday morning, July 10th from 9 A.M. to 12:30 P.M. at Moore Funeral Home in Potosi.