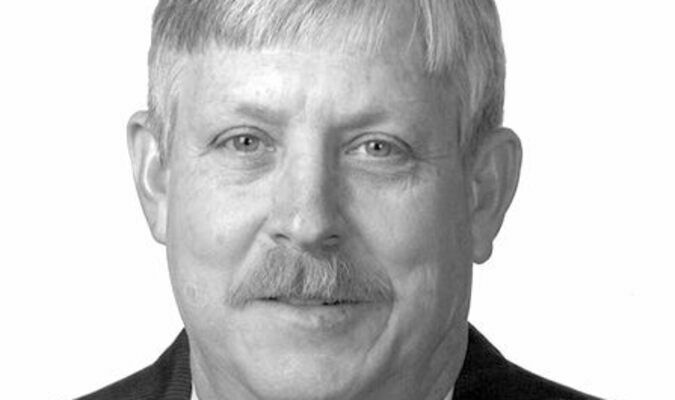 Gene H. Goodson of Potosi went to his Heavenly Home on Tuesday, November, 8, 2022 at the age of 87. He was born on February 25th, 1935 in Dierks, Arkansas, a son to the late Jewell S. and Edith (Kesterson) Goodson. In addition to Gene’s parents, he was preceded in death by his wife, Shirley Goodson on October 1, 2017; and sister, Grace Dean Harbison; and many dear in-laws.

After the military, Gene attended Southern State College in Arkansas, where he met and married Shirley Strickland on May 18th, 1957. In 1958, Gene and Shirley moved to Potosi. Gene then attended SEMO. Gene had a long career in banking. He was a supervisor for a chain of finance companies in both Missouri and Tennessee for fifteen years before being employed at the Mercantile Bank and Irondale (Unico) Bank. He was a graduate of the Advanced National Institute on consumer finance at Marquette University, Mid-South School of Banking from Memphis State University and Omega.

One of his greatest joys in life was being a charter member in the Potosi Rotary Club, as the 2nd President and Board Member, he helped initiate the Honors Banquet and attended the first forty banquets. He was a Paul Harris fellow with thirteen years of perfect attendance at club meetings. Gene was also a charter member of the Washington County Revolving Loan Board, the Washington County Law Enforcement Restitution Fund Board, the Wildlife Protective Association, and served as a board member at MRPC. Gene loved the Lord and was a member of Potosi Southern Baptist Church.

A time of visitation was held on Monday, November 14th from 9 A.M. until his time of service at 11 A.M. at DeClue Funeral Home. Interment was held at Means Cemetery in Hampton, Arkansas on Tuesday, November 15th at 11 A.M.

In lieu of flowers, the family requests memorial tributes be made to: The Potosi Rotary Club Scholarship Fund.

DeClue Funeral Home was honored to have served and ministered to the family of Mr. Gene Goodson.