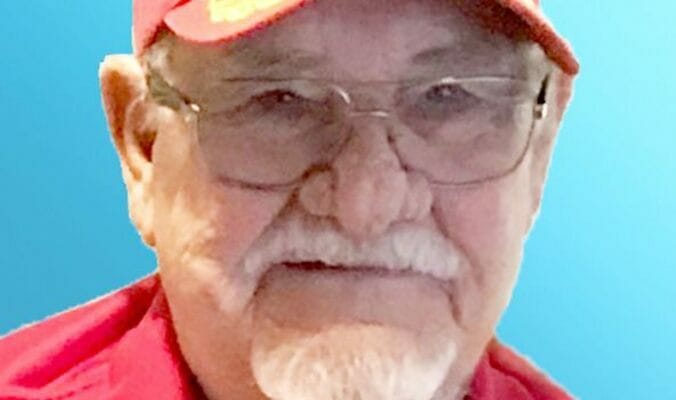 Dr. Darrell Lee Holley, also affectionately known as “Jack” of O’Fallon, was born on February 14, 1931 in Flat River, a son of the late Earl Benton Holley and Leola Bertha “Tince” (Wininger) Holley. Jack went to be with his Lord and Savior on Friday, November 4, 2022 at the age of 91.

Dr. Jack entered the U.S. Marine Corps. in 1951 and was honorably discharged in 1954. While in the Marines he traveled to Korea, all over the Pacific and Pearl Harbor. Jack was a talented drummer and played in various bands during his service including the Marine Corps Big Band and the Marine radio and television show called “At Ease”. In addition, he also served as an instructor at M.C.R.D. San Diego Field Music School. After his five years with the Marines, Jack traveled back home and took a job at a smelting plant in Herculaneum.

Jack's first teaching position was at Fredericktown in 1958. He taught history and physical education and coached football, basketball and track at the junior and high schools. In the summer, he ran the city parks and recreation program and was a lifeguard and swim instructor at the pool.

Dr. Holley was high school principal, teacher and coach at Doe Run, where his basketball team's record was 25-6. There he recalled helping a player's mother earn her GED and go to college; she is now a retired teacher.

He was a teacher and coach for the next six years at Pattonville before serving as its director of business for 10 years. He installed a computer in the Pattonville business office in 1968.

During his administrative career, Jack was a member and officer in the Missouri Association of School Business Officials, or MOASBO. He also was a national speaker on school finance and computer applications as a seminar consultant for IBM, and his programs were used by school districts across the country.

In the mid-1980s, schools encountered an insurance crisis with very high insurance rates in the commercial market. Jack led MOASBO to sponsor legislation that would enable Missouri public schools to organize and develop a property and casualty insurance program owned and controlled by public school administrators. The Missouri United School Insurance Council, or MUSIC, was created. It has saved school districts millions of dollars in premium costs. Jack served as executive director of the council for 12 years. Under his leadership, the program grew to include about 40 school districts, mostly in the St. Louis area, and then to more than 200 districts statewide. Today MUSIC has 480 member districts. Since his retirement in 1997, the council has presented 54 annual $2,000 college scholarships in Dr. Holley's name.

A time of visitation was held on Saturday, November 12th from 9:30 A.M. until the time of his funeral service at 12 noon at Huchens-Stygar Funeral Home, St. Charles under the direction of DeClue Funeral Home of Potosi. Dr. Randy Curtman officiated Dr. Holley’s service. Interment and final prayers followed at St. Francois Memorial Park, Bonne Terre.

*In lieu of flowers, memorials may be made to the Marine Corps Musician Association, 7 Moultrie Court, Beaufort, SC 29907.

DeClue Funeral Home was honored to have served and ministered to the family of Dr. Darrell “Jack” Holley.