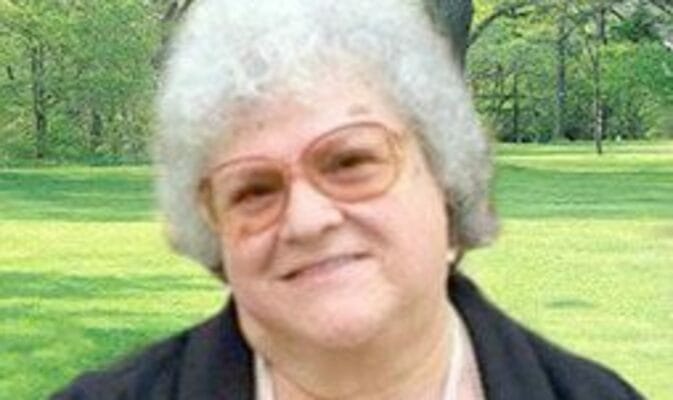 Bonnie Joan Gibson of Cadet was born on November 27, 1939 in Cadet, a daughter to the late Floyd and Myrtle (Whitter) Portell. Bonnie went to her Heavenly Home on Tuesday, November 15, 2022 at the age of 82.

On January 26, 1957, Bonnie was united in marriage to Virgil Clifton Gibson Jr. and they shared 58 years of life and love together. Bonnie loved her Lord and Savior. She was one of the longest members of the Potosi Church of God (Reviving Hope). She loved her family and all the time she was able to spend with them. Bonnie always looked forward to family gatherings would always cook enough food for an army. Bonnie enjoyed going outside and picking wild onions and mushroom hunting in past years. Most recently, one could find Bonnie talking on the phone or playing on her laptop. She was a loving and devoted wife, mom, grandma and sister.

A time of visitation was held Thursday, November 17th from 5 to 8 P.M. at DeClue Funeral Home. Visitation resumed on Friday, November 18th, from 10 A.M. until the time of her funeral service at 11 A.M., held at Reviving Hope Church of God, Potosi. Interment followed at Sunset Hill Cemetery in Potosi.

DeClue Funeral Home was honored to have served and ministered to the family and friends of Bonnie.