Washington County, Missouri – A global pandemic illustrates how agriculture impacts our lives now more than ever. Thanks to farmers in Missouri and around the world consumers have food choices, clothing, transportation, shelter and so much more! Missouri Farm Bureau and County Farm Bureau’s across the state are joining forces to celebrate the importance of agriculture, February 28-March 6, during Celebrate Agriculture: Thank a Farmer Week!

According to the 2017 Census of Agriculture, the number of farms in Missouri dropped from 99,171 on 28.5 million acres of land in 2012 to 95,320 on 27.8 million acres. Despite the drop in farm numbers and acreage, Missouri continues to rank among the top 10 states in production of major commodities and provides an $88.4 billion economic impact.

America’s farms and farmers are the most productive in the world. Each farm annually produces enough food and fiber for 166 people, 106 in the U.S. and 60 abroad. American consumers benefit from this bounty, and the many choices it offers, while spending less than 10 percent of their disposable income on food. By 2050, the global population is expected to increase by 2.2 million people. Farmers will have to grow about 70 percent more food than is now produced.

With all that they produce, it is remarkable that farm and ranch families account for less than 2 percent of the U.S. population. Across the United States, there are 2 million farms with 3.4 million farm operators. This number includes owners, their families, hired workers, tenants and renters or sharecroppers. Many farms today find multiple generations working together to produce food and fiber.

A study commissioned by the Missouri Department of Agriculture and Missouri Farm Bureau confirmed that agriculture is the top industry in our state with a contribution of some $88.4 billion to the economy. The study revealed that 378,232 jobs, $2.2 billion in state/local taxes and $17.5 billion in labor income are derived from agriculture. This information drives home the importance of agriculture. Agriculture matters to all of us. Food, clothing, fuel, medicine, entertainment, sports equipment, personal care products, school supplies and the list goes on - all would be much different without it.

So, join Farm Bureau as we celebrate agriculture and Thank a Farmer.

“Agriculture is important to our daily lives and our community. Because 98 percent of the population doesn’t farm, it is easy to take for granted the importance of our farmers,” Jim Reed, Washington County Farm Bureau President, says, “Celebrate Agriculture: Thank a Farmer Week is a great time to recognize the important contribution made by farmers!” 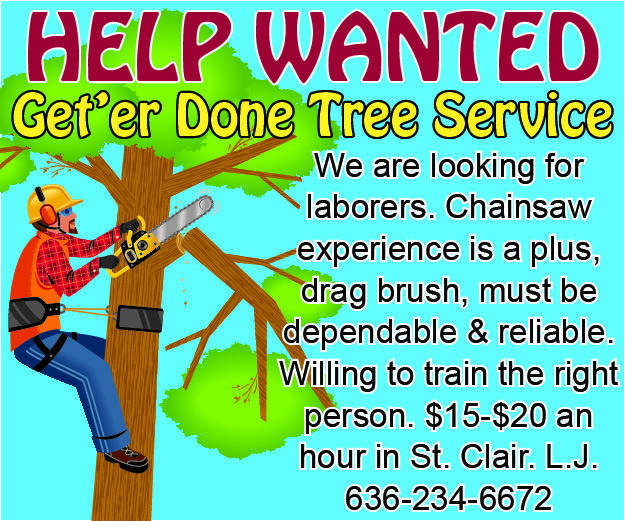