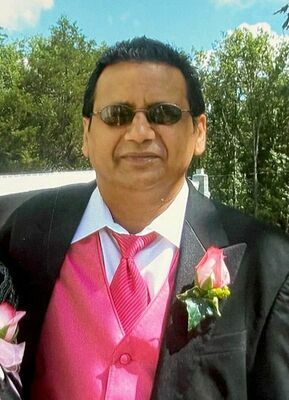 Irfan Yousuf Lambay of Berryman was born on January 4, 1958 in Aden, South Yemen, a son to the late Yousuf and Aishabi Lambay. Irfan departed this life on Friday, September 3, 2021 at St. Lukes- Des Peres Hospital having reached the age of 63 years, 7 months, and 30 days.

On August 12, 1987, Irfan was united in marriage to Marie Missey and they shared 34 years together.

In addition to Irfan’s parents, he was preceded in passing by his son-in-law, Raymond Blanks Jr.; two siblings, Irbrahim Lambay and Ismail Lambay; father-in-law and mother-in-law, Charles and Leona Missey.

Visitation was held on Monday, September 6th from 10:30 A.M. until the time of funeral service at 1 P.M. held at the DeClue Funeral Home with Bro. Claude Evans and Bro. Bryan Buckley officiating. Interment followed at Bates Creek Cemetery.

Funeral arrangements were respectfully entrusted to the care and direction of DeClue Funeral Home.

Won Sectional Off to State!